HGTV is an American TV channel owned by Discovery, Inc. paid for its widely acclaimed content. The channel is mainly focused on programs related to real estate and home improvement shows. According to a recent countdown, with an overall whopping 53.19 million total visits, it is the fourth most-watched cable network in the US.
The channel’s widespread success and influence are not surprising given how much our households enjoy such content. Even the newer generations like us Millennials, who have yet to reach that position of settling down on their own, like to have a lovely afternoon with the family, watching these house-related reality shows.

Therefore, the real question is that with so many shows to choose from, which ones are worth watching. And with other channels and mediums also coming up with their very own shows in the same genre, how to say which one is the best or is not worth your time. Thus, here are our top ten picks for the best home makeover shows to have been made.

Netflix surprised us with the best reboot the public could have asked for, and that was Queer Eye. Almost after a whole decade, this show was revamped with a new Fab Five giving their amazing queer perspectives to all things straight. You cannot help but fall in love with the beautiful cast and the concept behind it. Thus, it makes an overall great show even if you’re up for binge-watching the entire season one night at a time.

With a great nine seasons and 200 episodes rundown, the show has achieved its own well-deserved place in the hall of fame of home makeover shows. One of the very first Sunday night primetime slot shows, it garnered impressive reviews and runs in its time. So much that even today, people still haven’t forgotten the show and would watch an episode or two online.

It is the best show you would require if you are also into watching a fairytale change process of a rusty home into a blown-out castle. That is basically the central plot of the show Flip or Flop. It revolves around an Orange County couple that goes around Orange County, finding unattractive homes and turning them into beautiful, comfortable living, breathing places, and additionally upgrading their value.

One of the top-ranked shows on HGTV, Property Brothers, is a well-beloved show for the home makeover audience. A formidable identical twin brother duo, Drew and Jonathan make up for a great team. With Drew’s real estate knowledge and Jonathan’s contracting skills, they are a uniquely qualified, good-looking pair that all age groups love to watch. Seeing their three-dimensional visions come to life is an awe-inspiring experience that has given the show its high reputation.

As the name suggests, Bravo played around Star Jeff Lewis being a professional house flipper to his flipping out over anybody and everybody. Dramatized for addictive television, he was assigned a project assistant Jenni Pulos and the caustic moments became fun to watch along with the most impressive LA house flipping you would ever see.

A show that has been going on for more than a decade now Love it or List it is regarded as one of the most popular HGTV shows to have been made. It is one show that gives its audience all that they desire: two hosts, client couples with unrealistic expectations and drastic homes, torn down walls, and questions whether the homeowners will move out or keep it. Both Hilary Farr and David Visentin share a rough screen presence, but that is precisely why we are still hooked.

Design on a Dime

One again, an HGTV classic, Design on a Dime, is a favorite show, but this time for a different reason. As many shows that we adore that show us the Cinderella transformations, but then what? We can’t put any of the ideas that influence us to any use. But this is one show that started form a $1000 budget that grew to a $500 over the course of the show, giving you actual ideas that can be put to use.

Where there is a budget-friendly extreme on one end, then on the other extreme of the spectrum is this show called Million Dollar Decorators. The challenge in this show that keeps you hooked is to see how fiver quirky LA designers come together to choose decorations and designs for hefty pockets and posh clients that may simply throw your couch out because it looked cheap.

A warm couple sharing a nice candid rapport on screen was what made Fixer Upper a phenomenal show. Also, with their overhauling Waco, Texas decorations and collaborative effort were loved by many. Ending recently in 2018, with successful episodes like Joanna Gaines nationality and many others, the two hosts became household names over time, given their very own home good empire.

Tidying Up with Marie Kondo

Marie Kondo is a bestselling author, and she can recently be seen on Netflix with her very own show that has quickly become an audiences’ favorite. The show follows her helping people organize heir households by throwing out their early possessions that they may not need, which usually turn into an emotional experience given people’s attachment to things.

In conclusion, hopefully, you find this list helpful and start by watching any one of them, to get you hooked, and a part of a vast audience network of home makeover content classics.

I am Stella Lincoln having a master degree from the University of California, Los Angeles in the subject of marketing. I love to spread the knowledge and wisdom. My focus is to enhance my skills and reduce the gap. You can check my write-ups at my blog; Educator House. Nowadays, I am working in HarperCollins Publishers as a Writing Consultant. 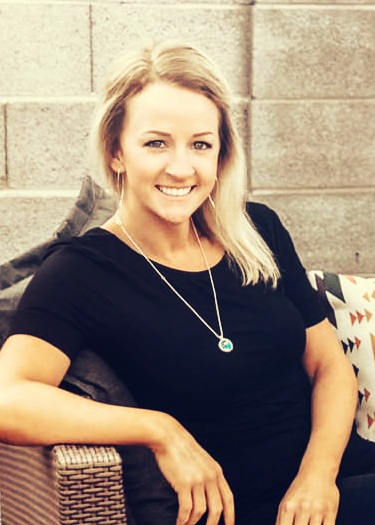 My name is Stella Lincoln an expert in the field of marketing.

My interest is to write articles to educate others regardless of topic and concern. Marketing, communication, skill development, leadership, management, education, technology, science, humanity and DIY are my areas of passion.

Other than this, I am facilitating at HarperCollins Publishers since Sep 2017. My services are related to defining and managing marketing approaches on behalf of our customers.

If you want to know more about me, please read my About Me page.